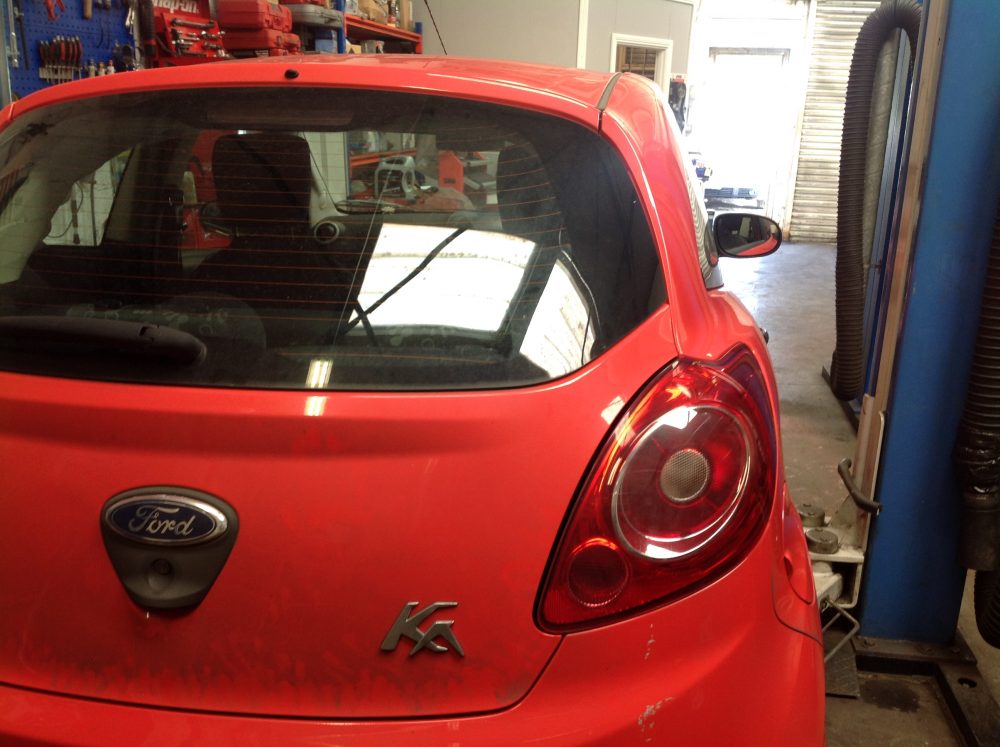 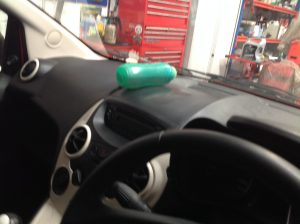 A ford ka came in during the week with electrical faults.The dash lights were all lit up (abs,srs and engine) also the the fuel and temp gauges were not working.It can be hard to diagnose electrical faults.So we need as much info as we can get from the customer and also a casual look around the car for any clues.

In this case a drink on the dash with a shiny mark left on the dash!.

Could the drink be leaking? but all the fuses are fine.The customer said the radio was not always working.Indeed we were on the right track. Removed-ed the dash console and radio, only to find the drink had leaked through the dash and into the radio and block connector.Causing a back feed to the fuse box via the dash clocks causing our faults.

If you have an electrical fault just give us a call.

Give Ronan a Call